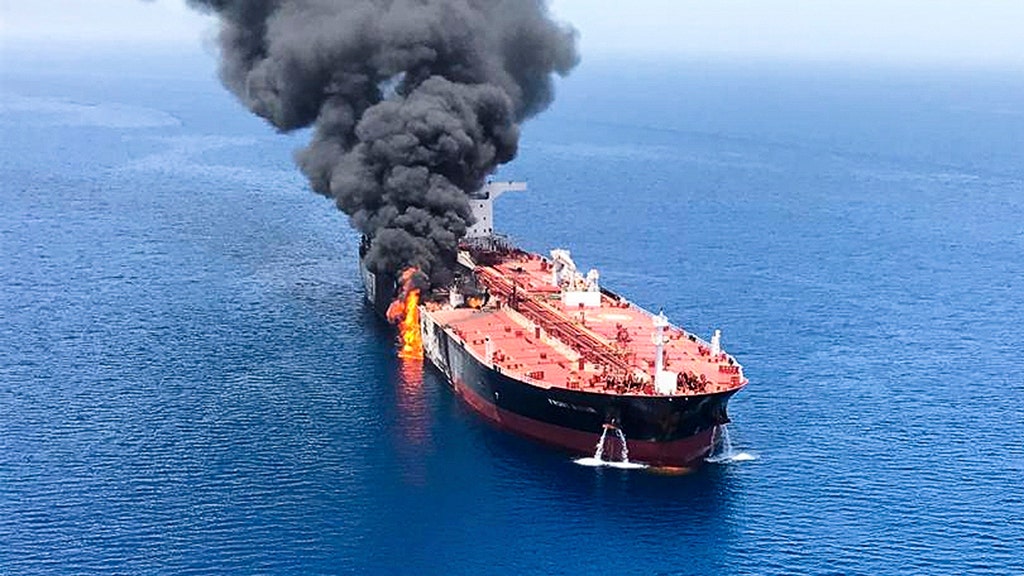 2 oil tankers damaged in suspected attack in the Gulf of Oman, crew evacuated by Bradford Betz on 6/13/2019 Tweet

Two oil tankers were damaged in a suspected attack off the Gulf of Oman early Thursday, prompting the rescue of dozens of crew members.

The U.S. Navy's Bahrain-based Fifth Fleet told Reuters it was assisting two tankers in the Gulf of Oman after receiving two distress calls. Details of the incident were unclear, but one of the operators made an unconfirmed report that a torpedo had hit its ship, Reuters reported.