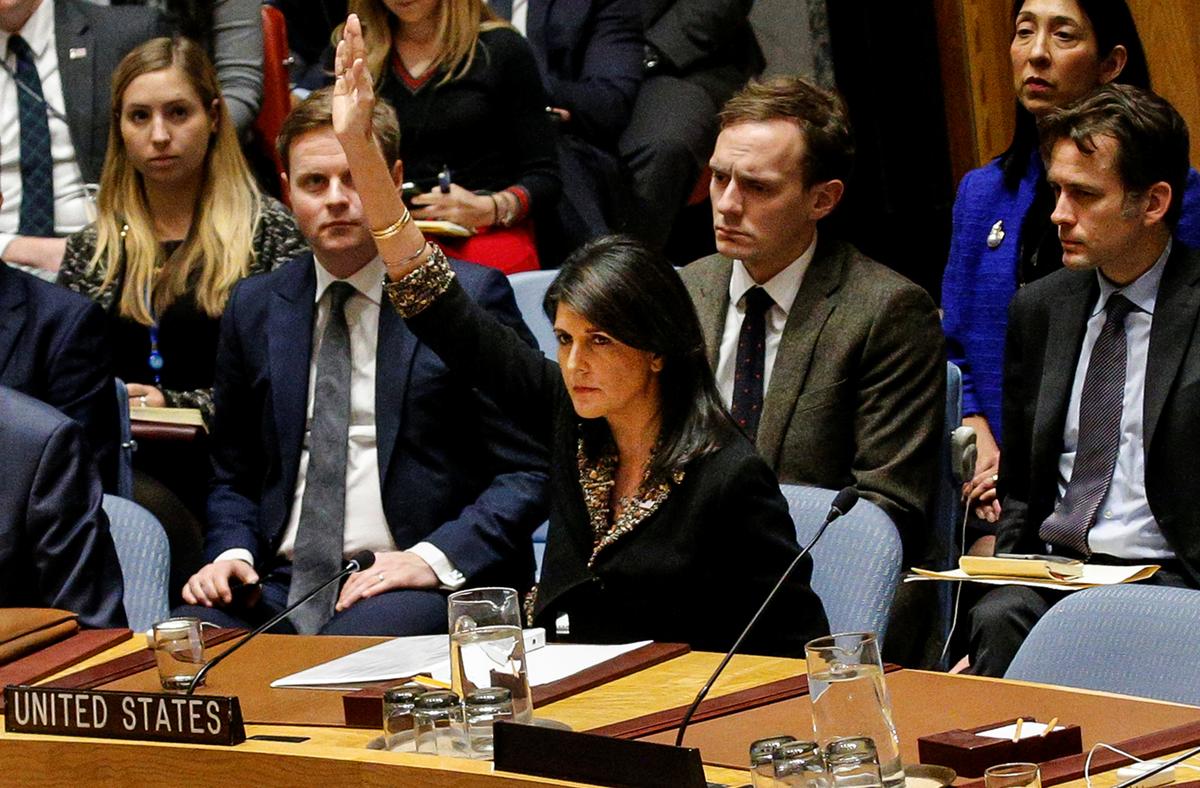 UNITED NATIONS (Reuters) - The United States was further isolated on Monday over President Donald Trump’s decision to recognize Jerusalem as Israel’s capital when it blocked a United Nations Security Council call for the declaration to be withdrawn.

The remaining 14 council members voted in favor of the Egyptian-drafted resolution, which did not specifically mention the United States or Trump but which expressed “deep regret at recent decisions concerning the status of Jerusalem.”

“What we witnessed here in the Security Council is an insult. It won’t be forgotten,” U.S. Ambassador to the United Nations Nikki Haley said after the vote.